Spencer Brown, who will retire from his position as a CNRS Research Director on next summer, has been a longstanding and famous figure of the French biological imaging community. After training and practicing in sustainable agronomy in Australia, India and Malaisia during the 70’s, he got his Ph.D. in Adelaide on 1981. He then came to the Plant Physiology Department at Gif-sur-Yvette, to create, initally as a non-permanent fellow, the cytometry service. He ran this structure with an “open-door” philosophy that prefigured today’s federative organisation of the Gif campus platforms. In 1988, he obtained a
permanent CNRS researcher position, and since then, continued to pioneer the interface between plant genetics and cytometry. In the early times of confocal microscopy, he has developped front-­edge facilities at Gif-sur-Yvette that benefited to the whole scientific area, and he contributed to the structuration of cell imaging platforms at the national level. But overall, many of us, as researchers, students or engineers owe him crucial advices and expert training courses in the tricky art of cell microscopy. He has thus been a major link for a large trans-disciplinary community around biological imaging. 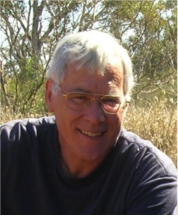